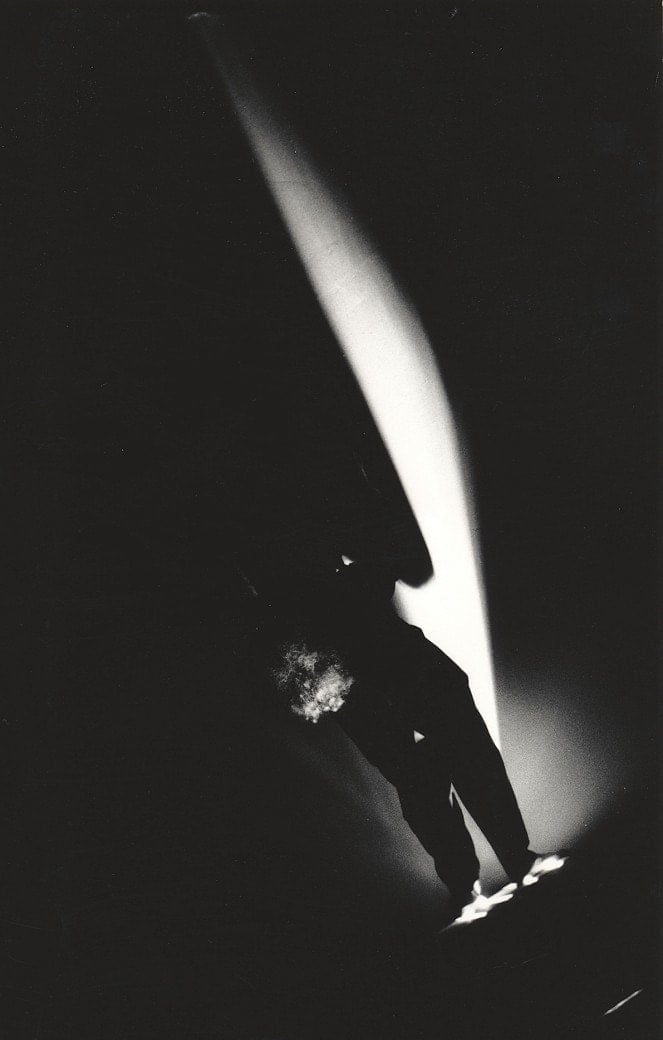 An early work performed soon after I returned from Japan. It was a collaboration with bassist Ryszard Ratajczak, with whom I frequently had improvised. This was the first Gravity Feed work and was subtitled ‘Dances of Uncertainty’ as an interpretation of the way of butoh. We worked in an artist-run space and I purchased a mangy live chicken from the markets. With some care in my garden the chicken, now named Mabel, grew healthy before the performance. I was inspired to use a chicken because I had worked in the 1,000 head chicken houses in Japan on the Bodyweather Farm. Also I had seen a Belgian Theatre troupe perform with live chickens (killing, plucking, cooking and eating one onstage) and I was very impressed (details escape me). Subsequently Mabel went to a good home with Brett Nancarrow’s family. In this performance I attempted the backbends so typical of Min Tanaka’s work. At the time Selenium was managed by Terry Burrows.