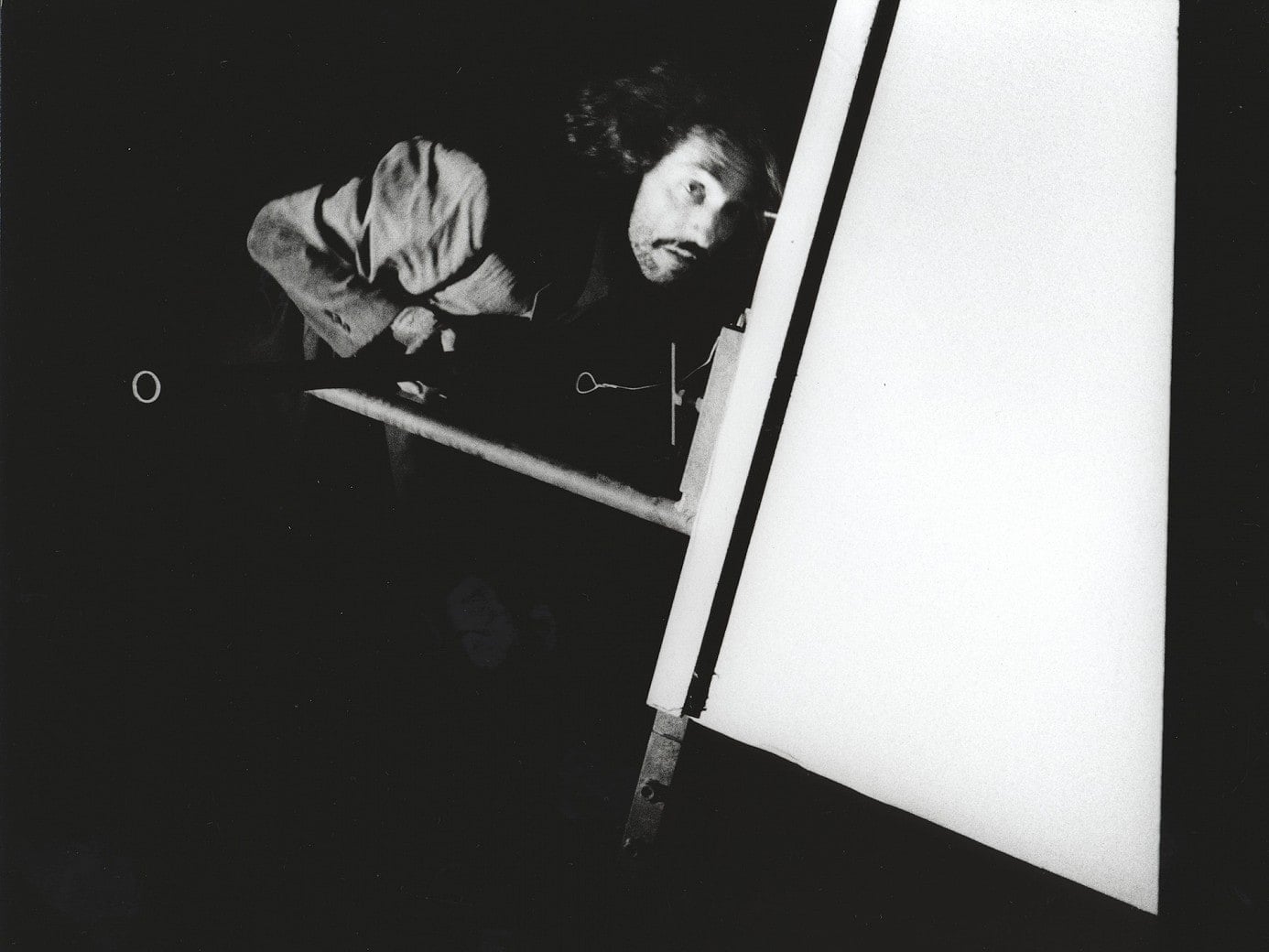 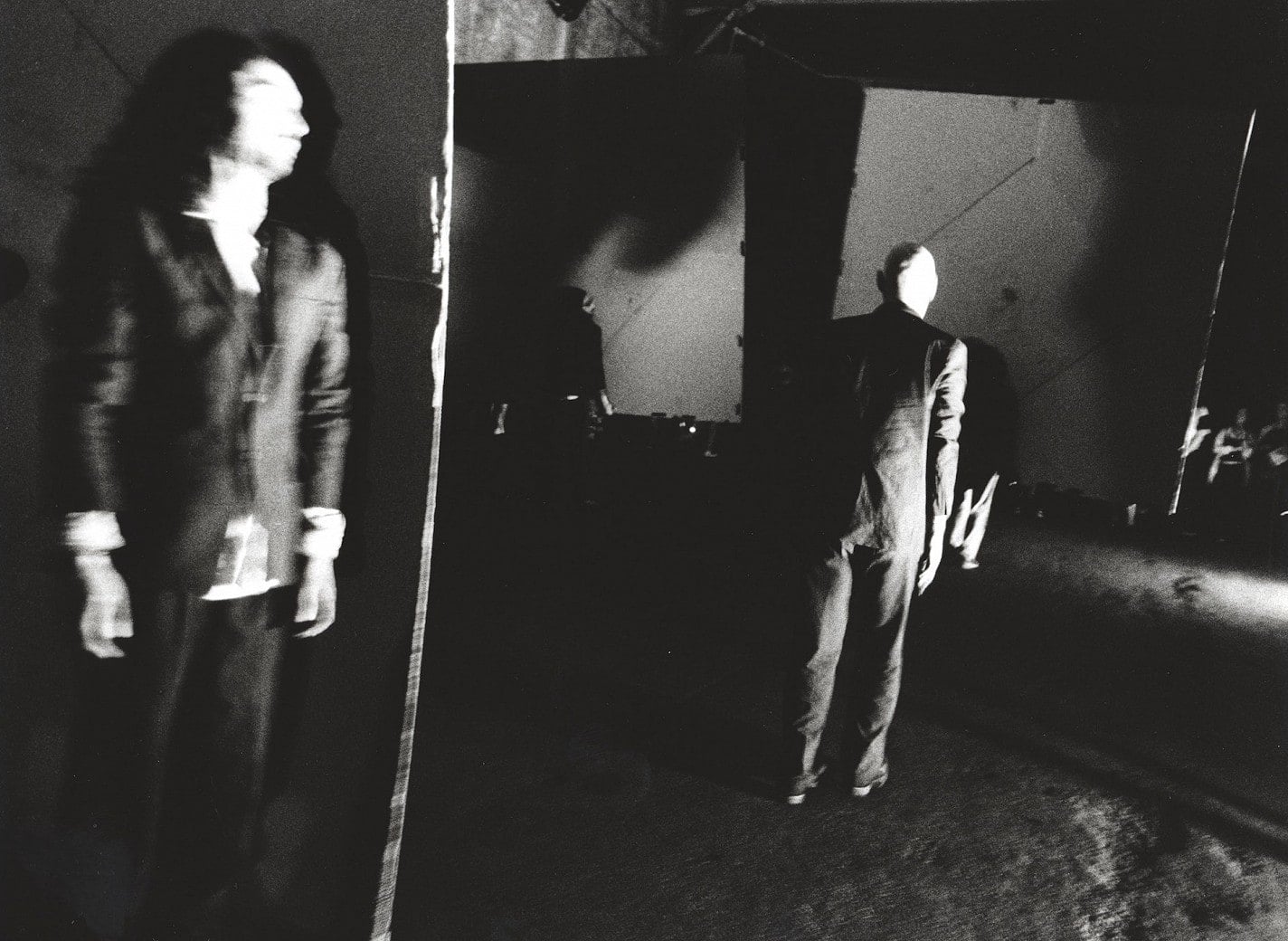 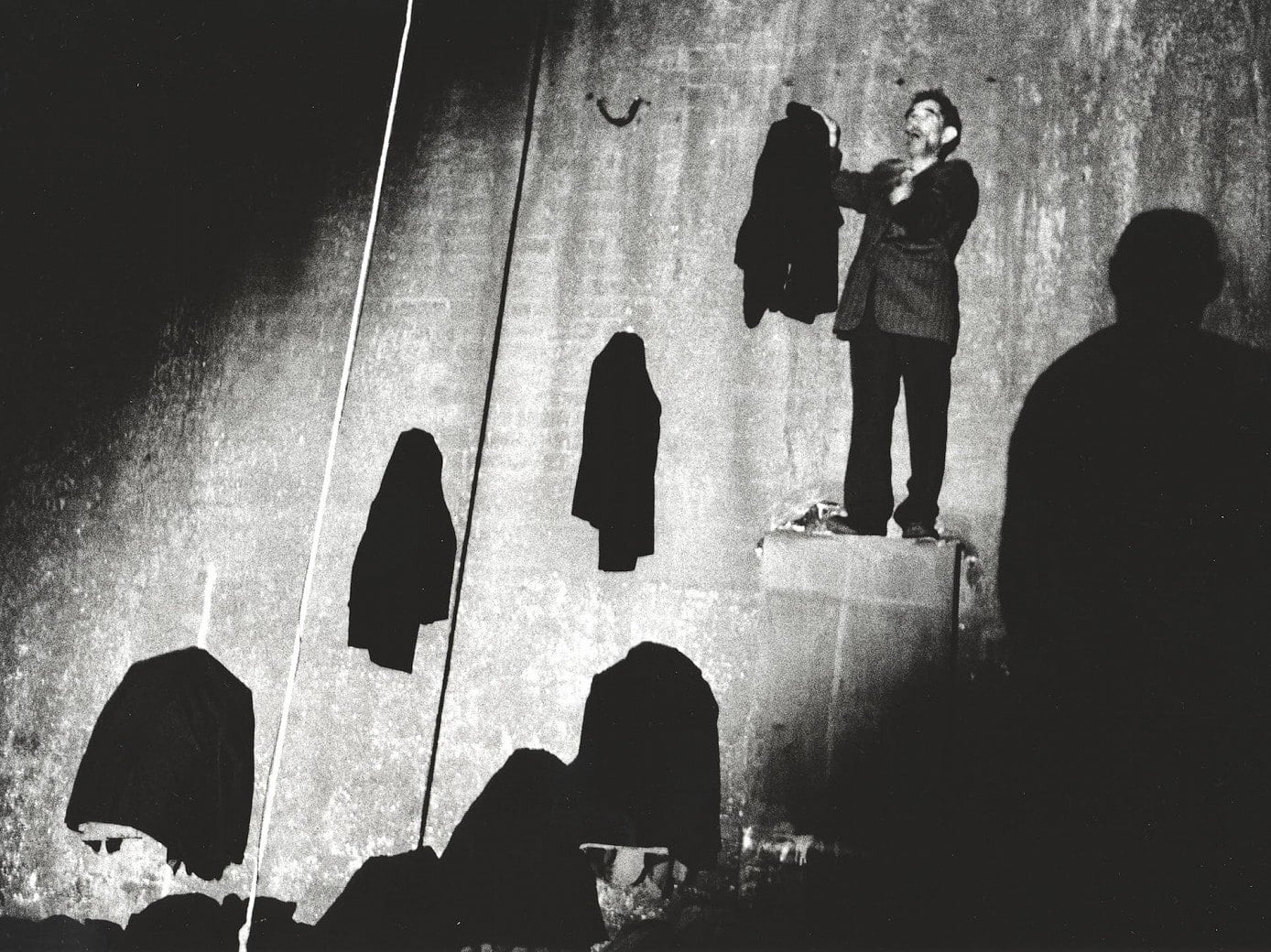 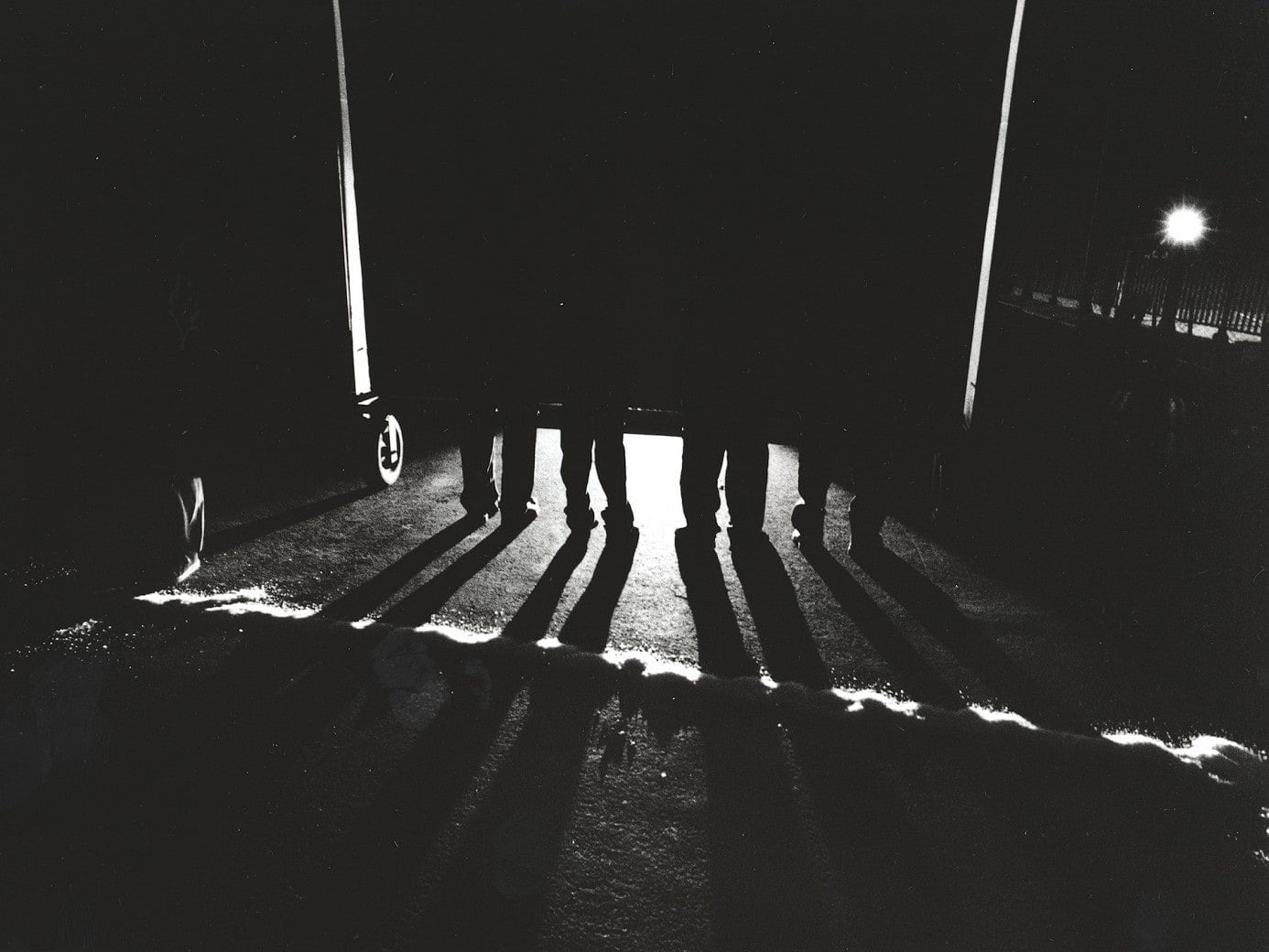 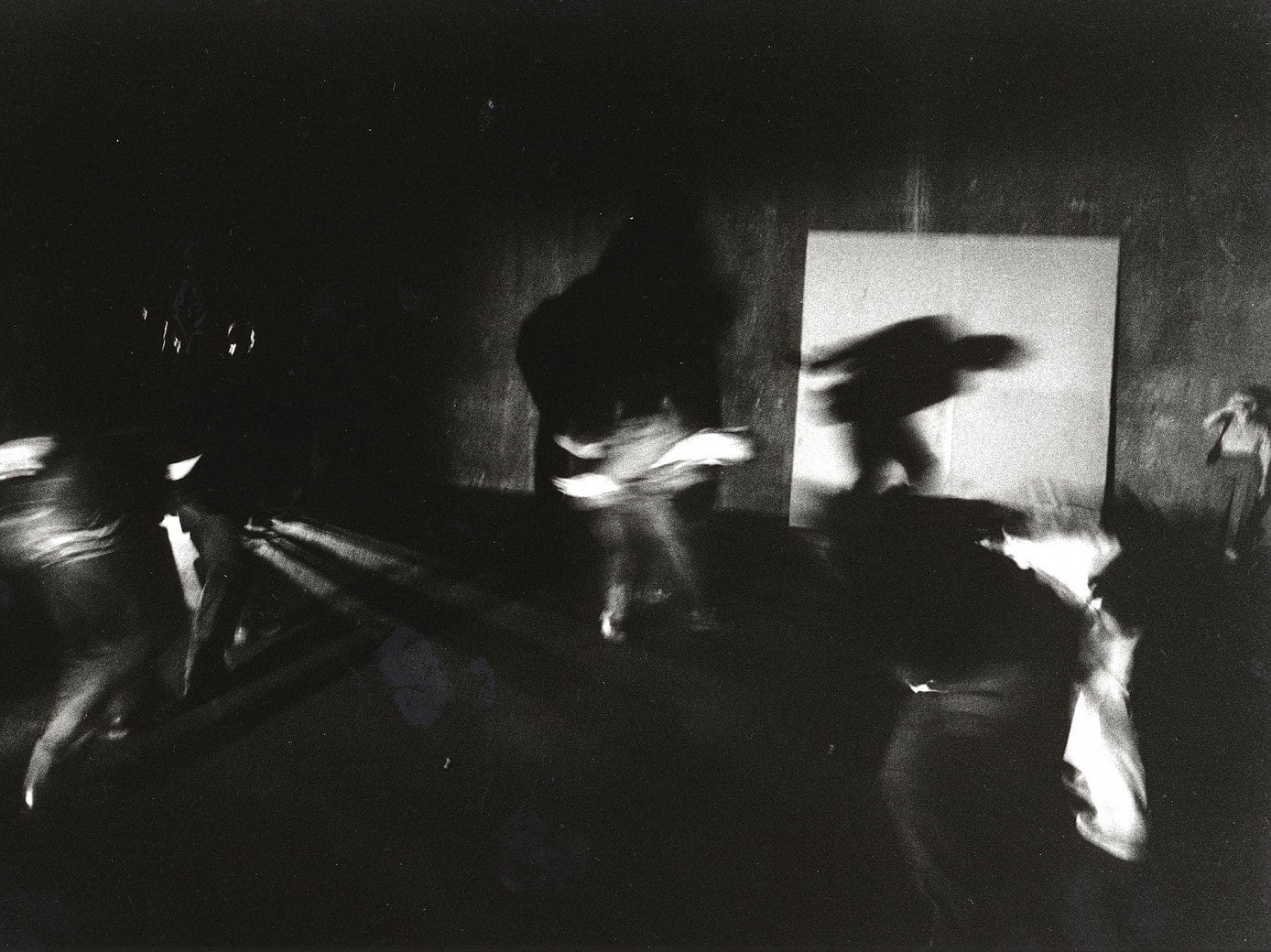 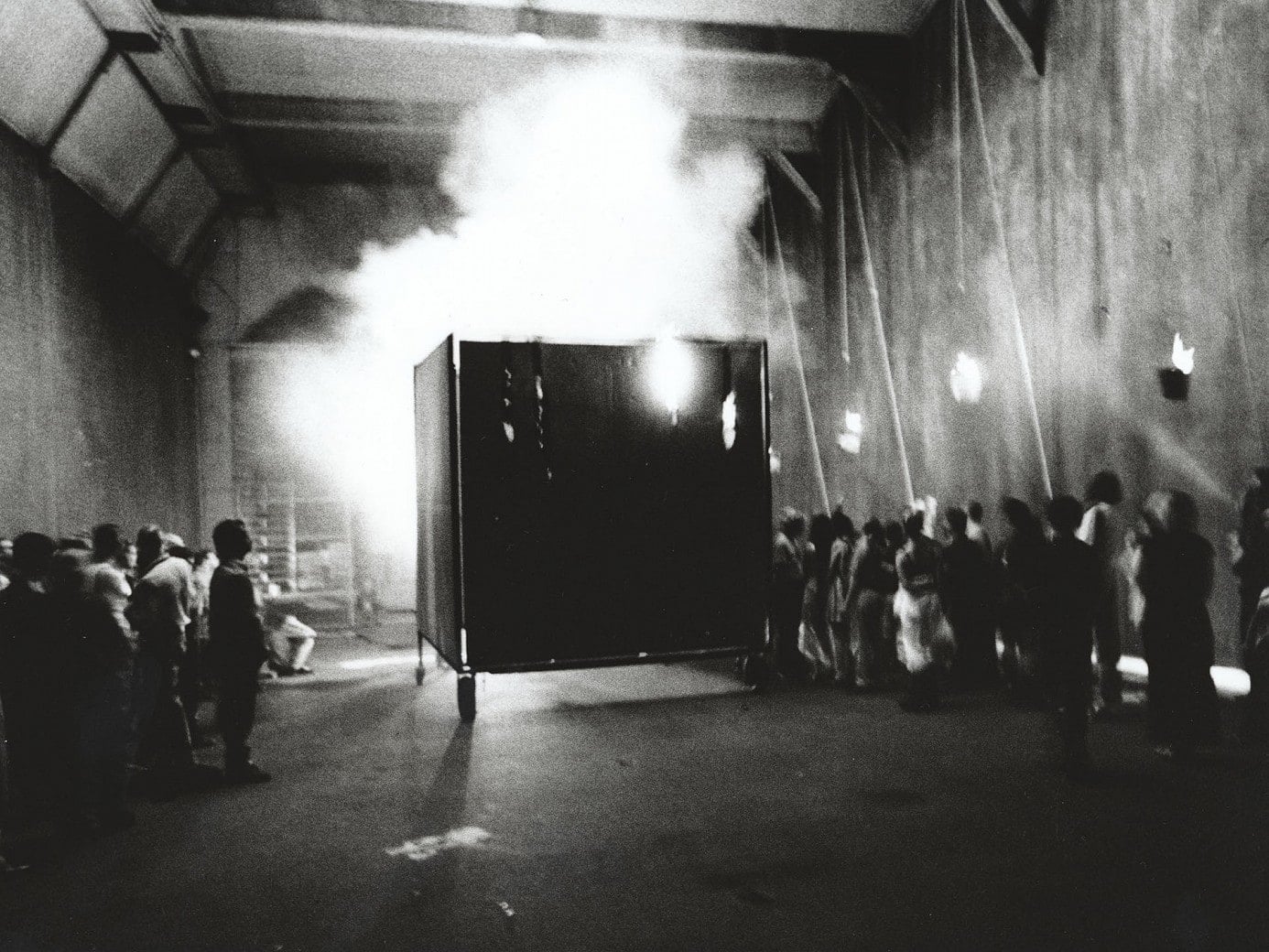 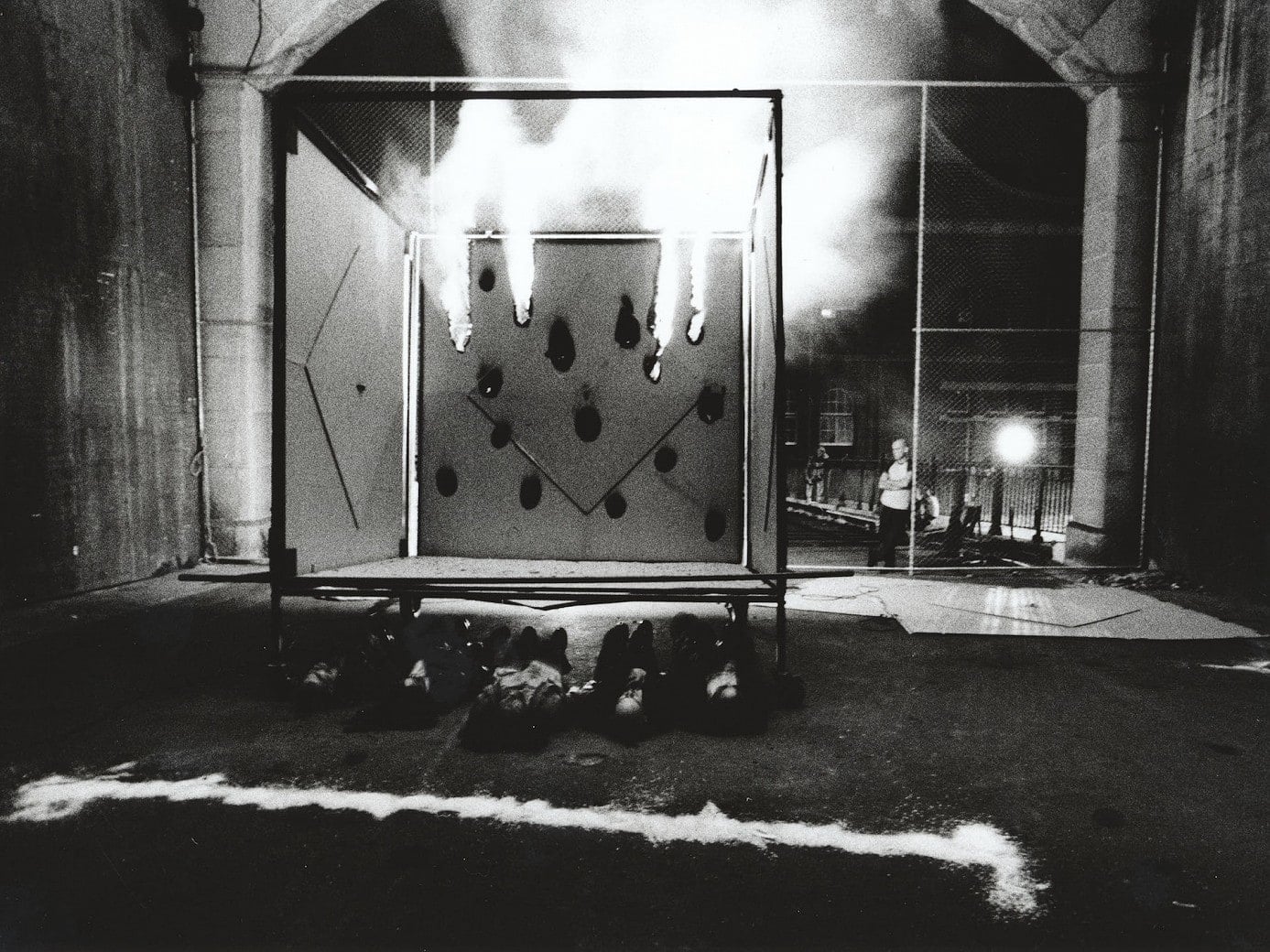 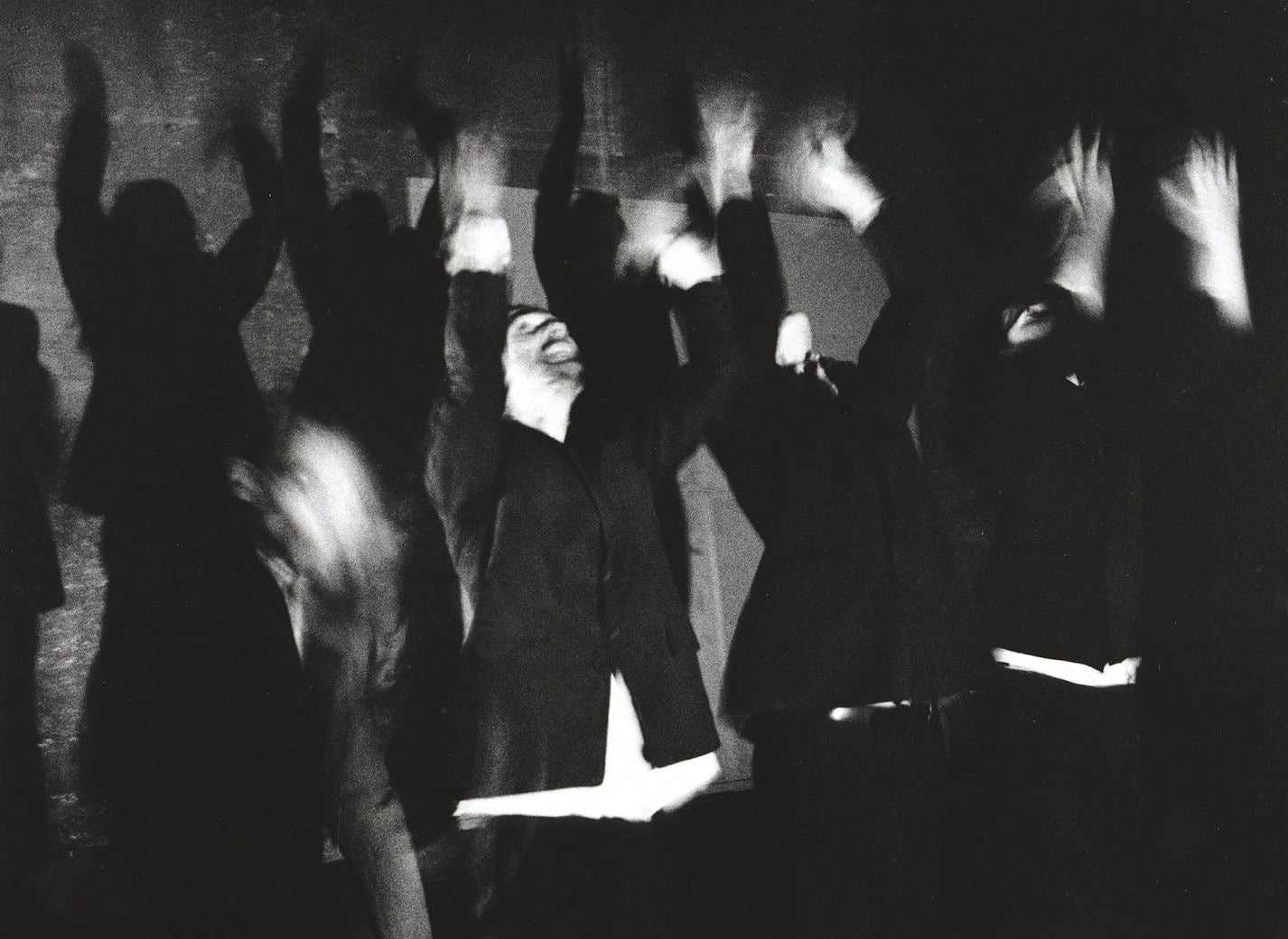 The Gravity of the Situation by Gravity Feed 1998

The Gravity of the Situation explores the themes of enclosure and impending catastrophe as the performers travel with a portable space, perhaps a Tabernacle, decrepit sideshow, or medicine tent. This object of power holds invisible sway over the performers and their actions, binding them to continuous presence.

’ Gravity defied and defined ’ : Review by Jill Sykes The Gravity of the Situation, the latest in a series of butoh-influenced presentations by Gravity Feed, has gone way ahead of its predecessors in the integration ofof movement with dramatic gestures, this time involving high ladders and fiery encounters. The audience becomes a part of these, mobilised by the performers and their props in an amazing Bond Store tunnel in The Rocks. A giant cardboard cube of about threee metres is wheeled about, one side of it on fire. The performers are all among it and lighting designer/ operator Richard Montgomery bravely in its path, wheeling two spotlights backwards down a slope as the fiery wall descends on him. The excitement is obvious. It’s nou unlike an organic version of La Fura dels Baus. Rik Rue’s electronic soundscape, performed live, sets the vivid aural atmosphere for the intensity of the performers, immersed in their obsessive actions. Gravity Feed’s style is somewhere between aggressive grunge and impoversihed gentility. In shabby, mismatched grey suits the five performers, led by artistic director Alan Schacher, work like labourers possessed as they undertake Herculean tasks with silent stoicism. This work is informed by years of slowly evolving performancesby Gravity Feed. Sydney Morning Herald Friday March 27, 1998